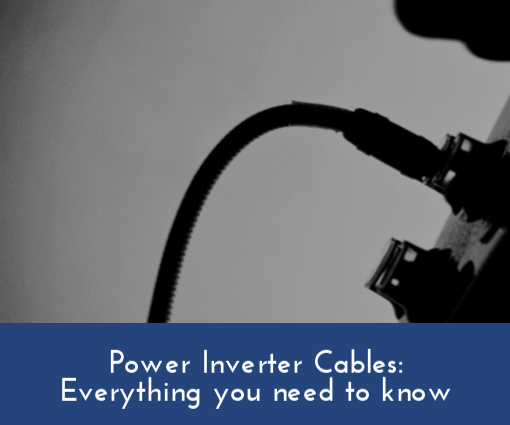 How to Make a Homemade Power Inverter

Making a power inverter at home may sound difficult but it’s not! A few simple (and affordable) items, about an hour of your time, and your power inverter will be ready.

A small 150-200 Watt power inverter can be attached to your car battery and power or charge your laptop, smartphones, LED lights, and other small gadgets. Power inverters are expensive devices but building one at home is fairly simple and easy on the budget.

If it’s your first time making a homemade power inverter then don’t worry, the circuit design is very simple and you’ll require no more than three components to make it.

Are you ready to make your own power inverter?

In this post, we’ll be discussing the step-by-step process of making a homemade power inverter using only three components, a relay, a transformer, and an input power battery. It’s a 220 Volt, 50 Hz square wave inverter which powers a LED light or charges small gadgets like smartphones.

How Does a Power Inverter Work?

Power inverters offer a great alternative to the typical power generators. They don’t require fuel to generate power and are a great source of backup power.

The circuit design used in our power inverter is very simple. It only requires a few components and even someone with no previous experience in electronics can easily make it.

How to Build a Power Inverter:

Making a power inverter isn’t easy. It usually involves a complex circuit design and multiple components. If you want to make a cost-efficient homemade power inverter for your domestic needs, then you’re at the right place.

We’ll be making a homemade power inverter using three components i.e. a relay, a transformer, and an input power supply.

We’ll be using a simple 5-terminal relay to make this power inverter. The relay will work as an oscillator to produce stable AC output when turned on.

The relay works as a switch to open and close a circuit electromagnetically or electronically. Relay is used in circuits to control the flow of current by closing the contact in one circuit and opening the other.

Only four out of five terminals will be used in the 5-terminal relay. One of the terminals will remain disconnected from the circuits because it’s not required. We’ll be using the other four terminals of the relay to connect with the transformer and the battery (two terminals each).

The transformer will be connected in parallel with the battery and the relay. It works on the principle of magnetic induction and converts alternating current from one voltage to another. It basically steps up the voltage game (12 Volt DC - 240 Volt AC)!

The circuit design is the most difficult and crucial step. Pay close attention to the diagram and the instructions.

Once you’ve connected both negative and positive wires of the power supply, the LED should start glowing. It means your power inverter is ready! You can use it to power the LED bulb or charge small gadgets.

If the LED is not glowing then go through the set of steps again to make sure that you’re doing it right.

What is the Maximum Power Output of the Inverter?

The maximum power output of our homemade power inverter depends on the size of the transformer and the input power supply. It’s a square wave inverter with a frequency of around 70 Hz and an efficiency of almost 65%.

Last but not least!
Precaution is better than cure. Handle your electrical equipment with extreme caution to avoid unpleasant accidents.